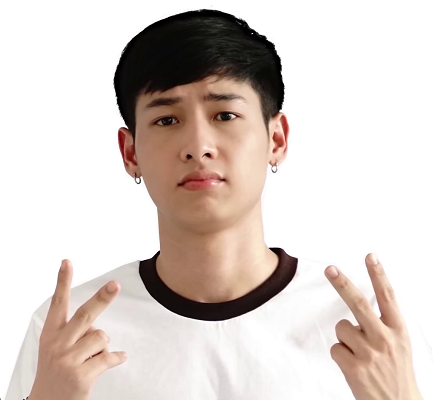 Atthaphan Phunsawat (Nickname: Gun) is a Thai actor. His most remembered interpretation is that of Rome in the Secret Love series, “Puppy Honey” (2016) and “Puppy Honey 2” (2017) episodes alongside Jumpol Adulkittiporn (Off); the strong partnership between the two has led them to conduct the television programs Off Gun Fun Night, since 2017, Rod rong rian, “School Rangers” edition, from 2018, and “Theory of Love” in 2019